KAG Community member Skinney has been hired for a trial term at THD working on some exciting single-player content!

This gif shows his progress on activated/programmed entities, which may find their way into multiplayer builder-wars modes eventually, but in the short term will be in the game as single player level traps, toys in sandbox, and possibly added to TDM levels for some variety. We’re very excited for the work he’s been doing which largely lines up with our thoughts on how mechanisms in KAG might work – now they’re a reality!

The build server is being worked on and back online and spitting out builds, however some of the KAG stuff isn’t working after all the engine migration and development for TR – we’re working on fixing it, but it’s great just to see movement in that area. We have TR building (which means private testing can start) but KAG requires a bit of extra love as it’s hooked up to a system already used by people – we have to make sure we don’t break people’s games in the mean time!

In short, we should be able to test the intermediate changes that have been made to KAG soon, and put out a public build after that. We’ll keep you posted! 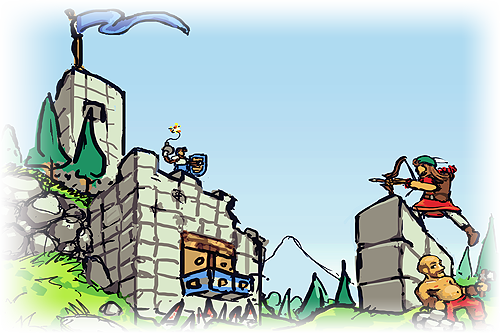 KAG Gather currently doesn’t have a thread as it’s still in “beta”, that said we’ve had a good flow of 4v4s and 5v5s in the AU scene. Get in contact with Cameron1010 or Gurin for more info and support.

Gather is an informal competitive format where people gather in a channel, register interest to play a game, and once enough are present, a match is organised, teams are set up, and a simple “Best of 3” ensues. It is a great way to transition from public to more competitive play with less pressure and a more friendly, informal environment, and also good for staying “sharp” if your clan is less active. Anyone is free to join.

MLK is a movement inspired by the Soldat CTF League – any old players familiar with that will be right at home. SpideY is in charge of organisation.

Any clans may play and report on matches to earn points during the “free play” period of 3 months. Each match must be run with the official rules, and be approved by one member of each clan on the match report thread. The top 4 clans after the free play period will proceed to the finals, one is crowned king champion clan of the world with extra muscles, and from there the cycle repeats (assuming there’s enough interest!)

KWC is a prospective formal tournament to be held on a date to be decided. The rules are also currently still settling, so be sure to weigh in if you have any concerns and want to be involved. Snake19 is in charge of organisation. Kouji helped a lot with preliminary work, so let’s not see it wasted.

Teams are organised by country – check out the relevant groups to get in touch with your country’s leader, or apply to become your country’s leader if there is not one. Some smaller regions are coalesced to larger ones to facilitate the player bases appropriately – for example, last time around Oceania was grouped as one region (and they won!).

Have fun, and get involved! We would love to see the competitive scene expanding!

Grab it from the Butcher’s page (or launch it in your browser) and start killing people now!

New build for KAG – potentially a little rough around the edges but what’s there needs to be tested with the public before we can move much further.

New build is going out at the moment, should be a long build but out in 30 minutes or so from this post. There will be the usual lull as servers patch over between maps and the client builds aren’t done, and again as the steam build propagates out – don’t panic if you see lower than average numbers in the next few hours.

Here’s a summary of the more serious changes, split by section:

Looking forward to seeing you guys in game to put these changes through their paces! I’ll be around tomorrow to make hotfixes if necessary but hopefully they can wait until next week – after the game re-stabilises. 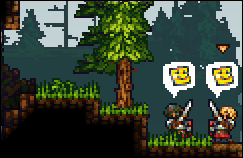 For anyone wondering about the current state-of-the-art in knighting, this is it, set to nice music courtesy of KAG Player Sangfroid! Sick keg drops, massive streaks, and an unbelievable capture denial make this a must watch.

Screenshots from the Storm2D 0.050 release trailer