A story about my recent experience with EA.

Excuse me while I vent a little.

You know that game that came out about a month ago, Battlefield 3?

Pretty fun right? With the shooting and the giant maps and the tanks and explosions and marksman headshot +500…

I assume so, anyway. I played and enjoyed the beta, but insofar EA haven’t actually let me download the game ever since I pre-ordered. This wasn’t some $10 indie alpha pre-order either. This set me back 80 bucks.

Here’s how the last month has gone:

Day -1, I try to preload: It’s there in the menu, it has a nice shiny download button just like the beta did, and it’s going to be fucking awesome. Come to papa you tasty slice of shooting heaven… Now, to wait 5 hours while it downloads…

For some unknown reason at some point towards the end of the 11GB download for the full version, I disconnected from EA’s “activation server”.

As a precautionary measure, Origin deletes the entire download.

I’ve seen some bad, un-user-friendly DRM, but this is the first time I’ve had to deal with something this heavy-handed. I told myself “It’s likely some issue with preloading, Origin is quite new, it’ll be sorted after release week”.

Release week came and went and I tried again.

Now, I live in Australia. Bandwidth isn’t cheap here (As you might have noticed with how frugal I’m having to be with the Aussie Official Server…) so the combined 20GB pushed me over my download limit for the month. Not only was I without my game, I was also stuck with internet throttled down to dial-up speed.

At this point, naturally I’m less than happy. I give up for a few weeks, then give in to temptation again. I really want to play this game!

Same thing. Another 8GB wasted. I guess at least this time I’ve got 2GB spare…

As such, I’ve given up for now. I’ll see if I can install from a friend’s disk or something, but I’m not going to get my hopes up. I’ve probably purchased some download only licence.

I think the lesson to be learned here is: Let people play your game. I’ve been looking forward to the next “real” Battlefield for years now, but I still haven’t actually been able to play it, even though I’ve payed for the damn thing and downloaded it 2.5 times over!

The ridiculous part of this is that from what I understand, cracked versions of the game are missing the DRM layer. Pirates get the fun bit, without all the bullshit, for free, and thus the only people affected by DRM are people who’ve payed for the game legitimately!

I’ve paid a company 80 dollars to spend about 28GB of download on… nothing. I haven’t been able to play it. However, buying voxatron from lexaloffle as part of last months humble bundle was painless, cost me 15 bucks for a cheerful, colourful adventure and a peek at some very interesting technology. I also picked up two other games as a bonus. When you buy alpha access to KAG, as soon as your paypal payment goes through we send you a code to redeem for full version access to everything we’ve got finished.

tl;dr: This is me trying to play a game I’ve been anticipating for years that I’m unable to play due to some borked copyright protection protocol. I wish they’d be less stoogey about it and let me play: 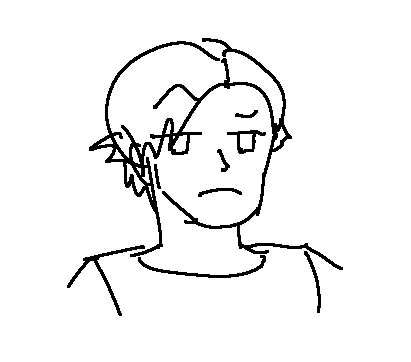 Aus Server up for testing!

I’ve been trying to find a good hosting partner for KAG in Australia for a long time, hopefully I’ve found a suitable company now 🙂 I’ll be running the server as a trial for the next month to monitor bandwidth usage etc, over the next week it’ll likely stay as 16 players only to make sure it’s not going to explode with traffic, but feel free to give it a shot.

If all goes well this week I’ll be bumping the player count to 24 and attaching an RTDM server as well for some more low-latency fun! Sorry for the time off the air!

EDIT: dropped the players to 12 while we sort out odd networking issues, sorry!

We’re pretty much on the home stretch with this build, just sorting out the menu presentation. All things going according to plan, we’re hoping to have it out tomorrow so we can get started on some fun stuff!

Some of it’s still going to be a bit cut and dry by the time the release makes it out, but we’ll be running bugfixes as normal alongside normal development. We’re very keen to be out of this cycle because we’re a month behind where we wanted to be content wise.

Keep your eyes on the blog!

Off for the weekend, Quick Update.

I’m going camping, back monday. MM might be around, but be nice to the forum staff while I’m gone, yeah?

Test build coming fairly soon, if Michal can merge all my changes and get it out over the weekend then he will. We might have to drop ingame browser functionality for now which would mean no wiki, or IRC in-game, but less headaches for us. Either way we’re hoping to have this build done and dusted as soon as possible because both of us are sick to death of fixes and interfaces for now.

(translation: zombies, boulders and powder kegs as soon as we can make them)

I’m working hard on a “one-click” deployment system. Which ideally would allow me to compile KAG for 3 systems (win, mac, linux) at once and instantly upload them for you – available as autoupdate. I’ve been working hard on making the necessary scripts and even made a small tool called Wizard which takes care of uploading all the necessary files. Along with the GUI changes allowing you to see the autoupdate progress bar this will be a really nice addition. We’ll be needing this once we start pumping out content and updating REALLY frequently. I hope that starts happening next week.

Vote KAG! (for serious this time)

Vote King Arthur’s Gold for Best Free Game of 2011 in exchange for free internets! Tell your friends for double points!

In other news (and to sway your vote) – new build due out asap with menu fixes and a bunch of bugs slain, to be followed quickly by zombies to redeadinate, boulders to crush those pesky enemies with, and powder kegs because everyone loves dangerous pyrotechnics.

I’ve finally been able to get everything behaving out of the repository which means I can run around doing all the little fixes that Michal doesn’t have time for.

NOTE: this doesn’t mean bug me about every tiny thing you want changed any more than you guys do already!

As good as Disqus is for quick blog comments, we’ve decided to detach it from the devlog.

We’ve decided that we want to cut down on the number of accounts that you guys need to maintain, therefore we’ll be moving discussion of the devlog posts to the forum announcements section from now on.

We’ll be setting up a bot to crosspost from tumblr to the forums soon and potentially auto-link into the devlog post, but in the mean-time we’ll be setting up the links manually, so expect some delay in the posts getting across – If we’re taking far too long feel free to make the copypaste yourself, forum staff 😉

Help out on the Wiki!

Are you an experienced KAG player with a bunch of free time and a drive to help new players learn the game?

Hit up this thread for pages that need updating and to learn the system that everyone’s using, then either click here (or join quakenet’s #kag.wiki if you’re IRC savvy) to get organised and start putting together some quality knowledge!

The wiki (and hopefully the ability to edit it) will soon be accessible from inside the game so it’s important that it’s in tip top shape before then but we can’t get it in shape without you guys! It’d be great to see more people lending a hand there, so hop to it!

This has been something that I have been postponing for a long time and there never is a good time to do it. Well now it is because I think the benefits are worth it. I am completely redoing the main menus as well as the auto-update launcher.

Players on Linux and Mac OSX don’t see the autoupdate in the black console that’s why the next version will have a nice graphical interface. (btw. haven’t yet found the reason for the crashes on OSX, working on it…) Main menus will be completely new, much more intuitive and easy to use. There will be a couple nice things added like a “Quick Join” button if you don’t want to bother with the server browser and just quickly join the estimated best server.

These changes should be ready for next week.

Some Changes to run by the Community regarding Builders and Bridges

So you know that point in the game where you’ve just got your tower repaired from the last wave of enemies, cleared away any mess and you’re back inside? I can’t think of anything that ruins that more than spammy enemy builders.

I’ve just come out of a game where we spent 40 minutes or so repeatedly clearing drawbridges and ladders from our base, only to have an enemy builder come back and spam another 10 or so before getting killed. It’d then take us time to clear those ones out again by which point the builder would be back, spamming bridges at our wall.

Now, this doesn’t strike me as fun. At all.

As such, a few proposed changes:

I think this will make battles involving builders far less frustrating, and will make structures underground far less overpowered, as well as drawbridge- and ladder-spamming being less effective because the builder in question will have to actually be standing still at the bottom of the wall, not jumping at it spastically.

That said, I might have overlooked something, so I figured I’d run it by you before we make the changes. What do you think?

The build radius would still probably be increased to prevent the need for jump-building.