Hey guys, trying to keep up the rhythm of the weekly updates! Let’s get to it!

We’ve got some big news about the future of Trench Run, but we’ll save it for next week. This week has been huge for KAG, so I won’t steal their thunder!

This next patch coming is a double-whammy of requested features and fixes and halloween spookiness. This is probably the biggest release largely handled by the interns, so please, give them your support!

We had a lot of laughs testing out the spooky event features!

Verra has merged in a plethora of modding and server hosting enhancements.

Other miscellaneous fixes and extensions to the engine include:

Skinney and Verra have worked together on several gameplay changes as well:

As always, these changes are not final or inflexible, but we’d like you to give them a good thorough play before giving any feedback.

Hey guys, sorry for the delay between posts – it’s been a hectic couple of weeks!

These last two weeks we’ve been very busy on expo versions of TR and on getting the new art finalised. Poznan Game Arena was great fun, with the THD booth heavily featuring Trench Run. This is the first event where we’ve shown the new graphics, and we’re happy with how they were received. People kept coming back to play more, but lots of people thought we should release it on a console. Maybe in the future we will 🙂 Butcher was also shown and lots of players had fun meating people!

The music also got stuck in everyone’s head, which is always a good sign! 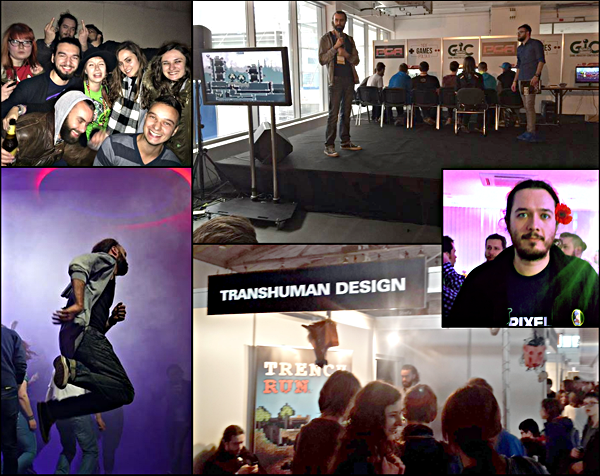 PGA was a time for the polish branch of THD to touch base with friends, meet fans, host a TR tournament, wear flowers, and hit the dancefloor flying!

This week we’ll be getting back to finishing off some remaining unchanged graphics (stuff that isn’t used in skirmish) and refining the menus. We’ll get some more screenshots your way soon!

Verra has been working on an attack/defense mod. You can see a longer video of a match here and discuss the mod here. Give it a look and get some feedback going his way!

Skinney has been working more on the editor, as well as changes to trampolines. The trampoline changes allow more front-line use as they can be bounced on while carried, removes folding the trampolines, and prevents bouncing through the back of the trampoline. In particular, some of these changes will curb the effectiveness of trampoline cannons. Currently, trampoline cannons allow savvy builders to launch their team over the entire map in a way that’s very hard to counter.

Keep in mind that this is an experimental change, but we are fairly committed to changing this part of the meta-game. It’s a hard decision to make because we’re always happen when we see this kind of “KAG engineering”… However, when something like this settles as the winning dominant strategy, we feel something needs to be done.

That’s all for this week – looking forward to getting back to a normal news schedule over the next month. Stay tuned!

The Study of Humans at Poznań Game Arena Event

QUESTION:
We are studying the strong and weak points of human neurology to make their eradication more efficient. Our point of interest is the minimal complexity of lock systems needed to successfully encage most humans and the reliability of our test items designed to help assign lock level to a particular human mind.

FINAL CONCLUSION:
Based on our results below, it seems that all we need to encage most humans is a door opened elsewhere. 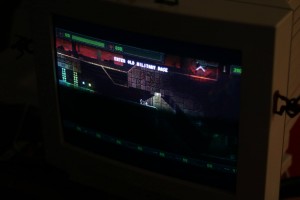 END_OF_DOCUMENT_TOKEN_TO_BE_REPLACED

Hey everyone, another busy couple of weeks both past and future!

Michal had a blast showing the game at Pixel Heaven! We won the “Best Multiplayer” Award and got to see lots of smiles and hear lots of laughter. Butcher was also shown, and was very popular with the more bloodthirsty fans! 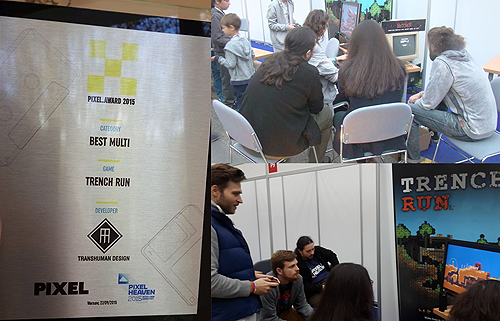 Last week the first pass of environment art and effects got finalised. I also got custom palettes for each biome under way. These palettes give each area a unique feel by changing the colours. The Trenches are a brown, dusty wasteland; the Desert is bright and hot; the Forest is green and full of wet vegetation. Each of the 7 biomes has its own unique palette and soundtrack!

A sneak-peek at some of the palettes so far.

This week I’m getting to work on animations for the classes. I’m starting with the assault, but hope to have all five classes fully animated by the end of the week.

Some of the new animations for the assault class.

The following week will be polishing up the art ready to show again! We’ll be showing Trench Run at Poznan Game Arena From 16-18th October. If you’re in the area go say hi to MM, see the new graphics in action, and collect some loot! We’ve got lovely little badges of each class just waiting to brighten your bag.

Verra and Norill worked together on the new menus, and features for a new scoreboard. The new scoreboard shows player “cards” including the user’s forum avatar and role – so it’s clear if they’re an admin or developer. The cards may also show cumulative kills/deaths for that server in the future.

That’s all for this week, have fun!