1500 days since we started KAG, who knew? A medium-size patch today, more mechanisms/TDM stuff but we’re sorry to say that building them is gonna have to wait until next time. There’s lots of fixes and tweaks inbound and a couple of things for modders to watch out for, so let’s get cracking! 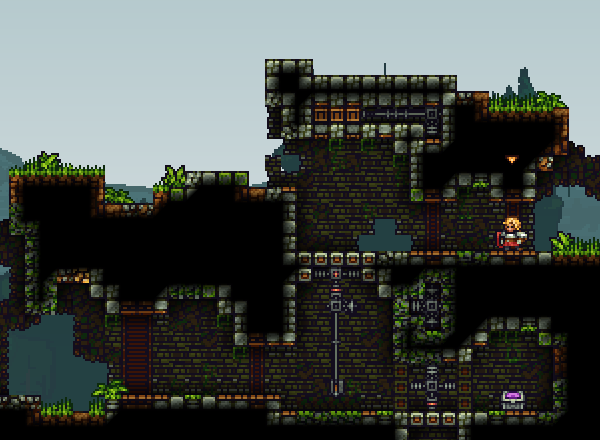 Heads up: if you want an early preview of the mechanisms stuff as a mod that works in Sandbox, you can PM Skinney on the forums.

There are quite a few more maps in the TDM pool, often utilising the new mechanisms stuff. If you haven’t already, give TDM another go, it’s quite a fresh mode now and the mechanisms help avoid maps becoming samey too fast.

There’s a new TDM Scoreboard as an example of the new scoreboard override functionality! Let us know if there’s any issues with it and see the script TDM_Interface for a code example – be sure to set showscoreboard to false in the corresponding gamemode.cfg if you do anything with it!

A few of the new maps and some of the old ones brought out bugs in the mechanisms we hadn’t seen before, these have been fixed this time around. Keep the reports coming if you see anything fishy!

Boulders have had this a long time coming and you know it. Boulder-fu is still possible, but significantly less insta-kill. They also bounce off a bit which makes it much harder to chain, and a lot funnier to look at.

Only a few people knew about this, thankfully, but it’s been removed. It won’t be re-added if we can help it.

A long standing issue with the activate buttons has been found and fixed, which was a combined effort between myself and Skinney; they are now activated based on world distance and blob position, not screen distance, which means that zooming in and out isn’t necessary for very small buttons to work any more! Let us know if we’ve missed any buttons that are unaligned as a result of this ASAP!
A heads up to modders: this will break the positioning of anything that uses the activate buttons! Please revisit your mods and adjust the offset vectors, they’re now in world space.

There are quite a few other minor bugs fixed as well, check the full changelog for those.

Hey guys and girls, pretty big build coming today which is why there’s been such a delay between releases!

Without further ado lets get right into the changes: 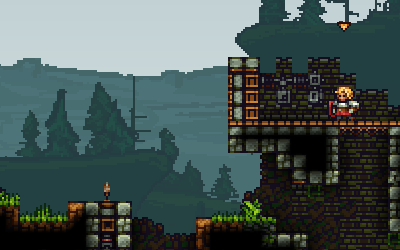 A whole host of mechanisms to build the dynamic structures of your dreams! From randomisation and memory to routing and logic to multiple inputs and outputs, Skinney’s work on mechansisms is finally getting a fully networked public release!

This is the intial testing release, so we’re not quite ready to give you the keys to the car – we’ll be doing another build very soon allowing you to build with these mechanisms in sandbox, but we want to do a pilot release with them just in TDM for testing that they work on a bigger scale!

Be sure to check out the TDM servers and report any and all bugs in the forum thread and let us know what you think of the potential!

Drowning has long been a sore point for many people – the sync issues have been fixed and the interface has been replaced with bubbles that indicate how much air you have left. Let us know what you think of the changes!

Work has been done on detecting the most common form of speed-hack for KAG, Cheat Engine’s Speedhack. Upon detection the game will disconnect you, issue a warning to the server, and the server will log the event for administrator action. This can result in your account being permanently flagged as a hacker, so don’t do it.

This Anti-Hack is by no means unbeatable, but should definitely spoil the fun of several repeat offenders. Enjoy.

Work has been done on making translation of the game possible by simple substitutions from json files – this is currently not utilised throughout the game code but will be in time, and will allow translation work to be done by anyone interested – modders in particular can look into the getTranslatedString function and the g_locale setting, as well as checking out the new locale files.

The following bugs have been fixed:

That’s all for this time, but as I said there’s more coming soon, stay tuned to the blog or forums for more news!

Make those shots count, snipers, as there’s more cooldown before you can fire again!

This build is to polish up a few issues before moving onto the online multiplayer stuff, which will be coming quite soon to those that have pre-ordered. Friendly reminder that you can preorder at trenchrun.thd.vg to support development, and for early preview access to the full version builds, including online builds as soon as they’re out. The demo will remain free of charge. 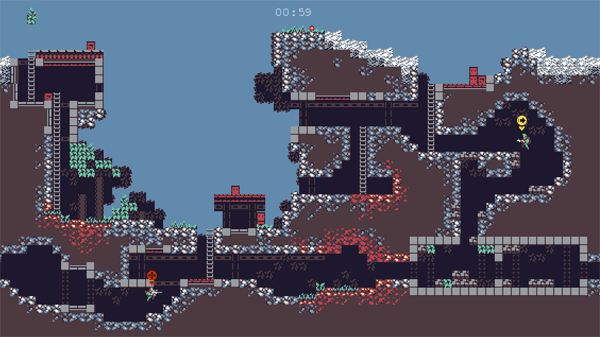 A sneak peek at the new mountain biome coming to supporters soon!

This build contains balance and map tweaks, and a lot of bug fixes and general changes – here’s a look at the changes in depth:

It’s much easier to get missiles around corners, at least when they’re at low speed!

There’ll be a few more tweaks to make to the demo build before moving on, but after that it’ll be onto online play, new gamemodes and a lot more!