This build has quite a bit of minor tidying work here and there to make way for the fun new additions coming down the road (see the recent post on single player and menus for more info!). It also has some balance tweaks and a couple of new features, as well as crash and regression fixes. 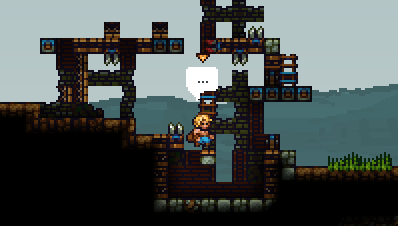 Some messes are easier to tidy than others.

A reminder of the major changes this time around:

Notes on the smooth shader: Some people have reported graphical glitches in the bottom right while using this. We’ll look into why this is happening once we can reliably reproduce this on our machines – for now those people will have to play with smooth shader off. PLEASE let us know what sort of machine you’re running if you’re affected by this glitch, if it happens for you all the time, and so on.

The new KAG build is just around the corner, so I thought meanwhile I’ll update you on some exciting things that are happening behind the scenes of King Arthur’s Gold development.

Currently we’re concentrating on single player, the menus and the engine. And how does controller support and local co-op sound? More info below 🙂

a) Mechanisms
Skinney is working on mechanisms to be used in Sandbox, Challenges and TDM. This will allow us to create even more interesting castles, traps and the like for single-player missions, without having to code everything manually. Also, the mechanisms will be available for use in community maps as well, so fun is to be had by all 😉

b) Missions / Campaign
The single-player will consist of separate campaign missions to complete with a set class and feature an overarching story. You will be able to learn how to play (so that we can make the game friendlier for new players), improve your skills and play bonus missions after you finish the campaign.

c) Unlocking heads
We may hook single-player progress up to a set of unlockable heads so you can show off your expertise in multi-player. We’d love to hear your opinion on this.

How cool would it be to plug in some controllers, invite your friends over and play KAG in your living room? We’ll try to make it reality, but keep in mind that it will take some time.

Norill is moving them to a fully scripted system before they get a full layout redesign. He’s about halfway there. We plan to have a poll on the official forums about the menu layout, so that you can tell us what works best in your opinion.

We’ve been fixing long term bugs related to modding, evalutating optimisation possibilities and improving access to a lot of components. Work from Trench Run is continually being ported over as well, so the more we work on TR, the more features can appear in KAG 🙂

Hope it’s sounds good to you. We’d love to hear your opinions and suggestions (via Facebook/Twitter)!

We’ve got a new build but it didn’t receive enough testing before this weekend for release, so we’re holding it until next week rather than have to try to monitor it over the weekend. 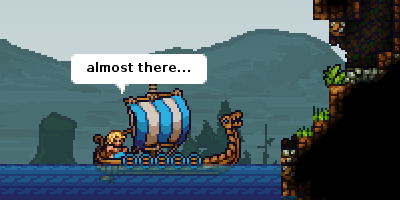 This will mostly be a “fix” build, but contains quite a few long time coming fixes, some nice little features (some from the community!) and a few small tweaks to balance. An overview of what you can look forward to next week:

There are a couple more fixes but you’ll have to wait til next week for the full changelog :^)

You can get the game for 24% OFF 🙂 Also, if you like KAG, we’d be grateful for a review on the product page on GOG.com. Thank you for all the reviews and ratings so far!