The next Trench Run Free Preview is here, this time for one weekend only – servers go down Monday 4pm UTC! 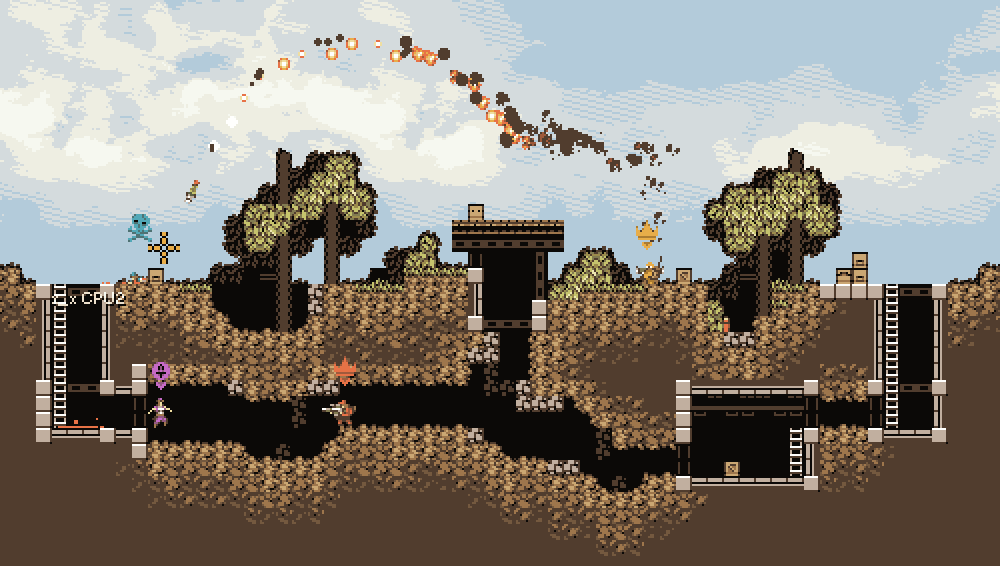 For this preview weekend the servers are hosted in EU. We weren’t able to get the backend set up on the USA box in time, sorry about that!

That’s it! Get your friends on board and see how those servers hold up!

Hey everyone! You can download the online preview release of trench run here!

This preview is in the EU region – there will be preview weeks in US and AU regions in future, but for this week we’re afraid most will have to deal with some lag. Pick the more ping-friendly classes: assault, medic, and commando. 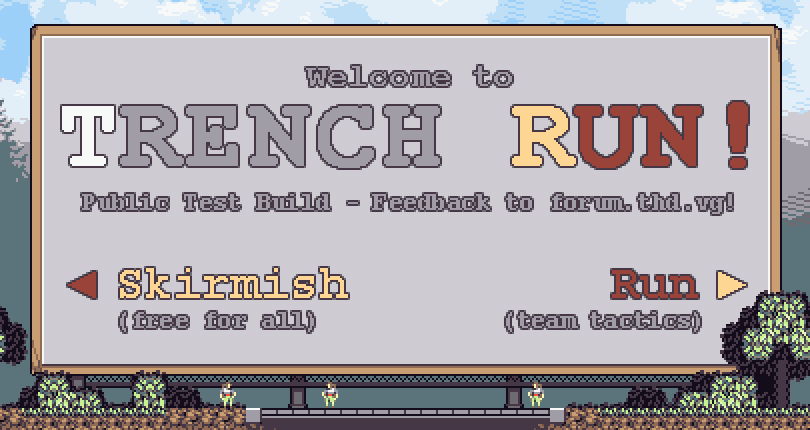 Bring your friends or make new ones in the lobby!

Stuff that’ll only be in supporter releases:

Known issues: (incomplete list, but this is the major stuff)

These last few weeks we’ve thought long and hard about the future of Trench Run.

We want to get a public build released as soon as possible. However, we want to stay away from the “open alpha” preview style that we used for KAG and the division in the community that that caused.

In effect, we want to dodge a messy fate.

Instead, we’re planning a free, time-limited preview build. The build will only work for set periods, but you can play as much as you like during those periods. During initial testing, we’d be opening it for a week at a time. After release, probably one weekend each month or fortnight.

We’re still hammering out the details and hitting implementation hurdles. The plan was to release it last Wednesday, but each release candidate has had too many issues upon entering testing. We’ll see how it goes this week and keep you posted.

There is no single player mode available in the preview build. The preview build is only able to connect to one “test” region. The test lobby is capable of both “skirmish” and “run” games. The preview build will replace the current demo build, and will patch over it. It will (hopefully!) form a much more PC-relevant, online look at how the game plays, and we’re looking forward to sharing it with you!