Premium KAG and The Future.

We figured we should shed some light on where we’re going with KAG. As such, hit the jump for a rough roadmap of where we want to go (it has pictures!)

What is coming next? 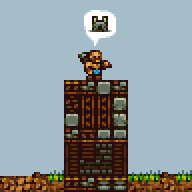 Now, let’s break down WAR mode because we feel that this is the most valuable part of paid KAG: If you want to get in early and beat the slow increase in price over time: